Benedict XVI's Address to US Bishops on 'Ad Limina' Visit

VATICAN CITY, JAN. 19, 2012 (Zenit.org).- Here is the text of the address Benedict XVI gave today to the bishops of Washington, D.C., and surrounding regions, who are at the Vatican for their "ad limina" visit.
* * *
Dear Brother Bishops,
I greet all of you with fraternal affection and I pray that this pilgrimage of spiritual renewal and deepened communion will confirm you in faith and commitment to your task as Pastors of the Church in the United States of America. As you know, it is my intention in the course of this year to reflect with you on some of the spiritual and cultural challenges of the new evangelization. 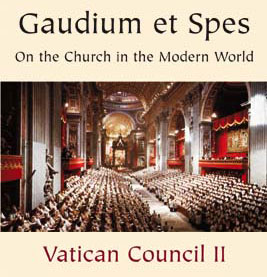 One of the most memorable aspects of my Pastoral Visit to the United States was the opportunity it afforded me to reflect on America’s historical experience of religious freedom, and specifically the relationship between religion and culture. At the heart of every culture, whether perceived or not, is a consensus about the nature of reality and the moral good, and thus about the conditions for human flourishing. In America, that consensus, as enshrined in your nation’s founding documents, was grounded in a worldview shaped not only by faith but a commitment to certain ethical principles deriving from nature and nature’s God. Today that consensus has eroded significantly in the face of powerful new cultural currents which are not only directly opposed to core moral teachings of the Judeo-Christian tradition, but increasingly hostile to Christianity as such. 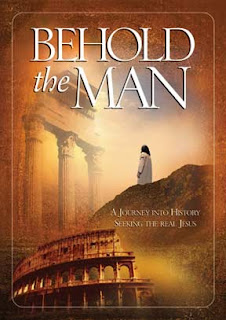 For her part, the Church in the United States is called, in season and out of season, to proclaim a Gospel which not only proposes unchanging moral truths but proposes them precisely as the key to human happiness and social prospering (cf. Gaudium et Spes, 10). To the extent that some current cultural trends contain elements that would curtail the proclamation of these truths, whether constricting it within the limits of a merely scientific rationality, or suppressing it in the name of political power or majority rule, they represent a threat not just to Christian faith, but also to humanity itself and to the deepest truth about our being and ultimate vocation, our relationship to God. When a culture attempts to suppress the dimension of ultimate mystery, and to close the doors to transcendent truth, it inevitably becomes impoverished and falls prey, as the late Pope John Paul II so clearly saw, to reductionist and totalitarian readings of the human person and the nature of society.

With her long tradition of respect for the right relationship between faith and reason, the Church has a critical role to play in countering cultural currents which, on the basis of an extreme individualism, seek to promote notions of freedom detached from moral truth. Our tradition does not speak from blind faith, but from a rational perspective which links our commitment to building an authentically just, humane and prosperous society to our ultimate assurance that the cosmos is possessed of an inner logic accessible to human reasoning. The Church’s defense of a moral reasoning based on the natural law is grounded on her conviction that this law is not a threat to our freedom, but rather a "language" which enables us to understand ourselves and the truth of our being, and so to shape a more just and humane world. She thus proposes her moral teaching as a message not of constraint but of liberation, and as the basis for building a secure future.

The Church’s witness, then, is of its nature public: she seeks to convince by proposing rational arguments in the public square. The legitimate separation of Church and State cannot be taken to mean that the Church must be silent on certain issues, nor that the State may choose not to engage, or be engaged by, the voices of committed believers in determining the values which will shape the future of the nation. 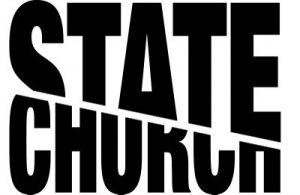 In the light of these considerations, it is imperative that the entire Catholic community in the United States come to realize the grave threats to the Church’s public moral witness presented by a radical secularism which finds increasing expression in the political and cultural spheres. The seriousness of these threats needs to be clearly appreciated at every level of ecclesial life. Of particular concern are certain attempts being made to limit that most cherished of American freedoms, the freedom of religion. Many of you have pointed out that concerted efforts have been made to deny the right of conscientious objection on the part of Catholic individuals and institutions with regard to cooperation in intrinsically evil practices. Others have spoken to me of a worrying tendency to reduce religious freedom to mere freedom of worship without guarantees of respect for freedom of conscience.

Here once more we see the need for an engaged, articulate and well-formed Catholic laity endowed with a strong critical sense vis-à-vis the dominant culture and with the courage to counter a reductive secularism which would delegitimize the Church’s participation in public debate about the issues which are determining the future of American society. The preparation of committed lay leaders and the presentation of a convincing articulation of the Christian vision of man and society remain a primary task of the Church in your country; as essential components of the new evangelization, these concerns must shape the vision and goals of catechetical programs at every level. 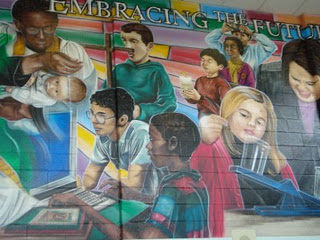 In this regard, I would mention with appreciation your efforts to maintain contacts with Catholics involved in political life and to help them understand their personal responsibility to offer public witness to their faith, especially with regard to the great moral issues of our time: respect for God’s gift of life, the protection of human dignity and the promotion of authentic human rights. As the Council noted, and I wished to reiterate during my Pastoral Visit, respect for the just autonomy of the secular sphere must also take into consideration the truth that there is no realm of worldly affairs which can be withdrawn from the Creator and his dominion (cfr. Gaudium et Spes, 36). There can be no doubt that a more consistent witness on the part of America’s Catholics to their deepest convictions would make a major contribution to the renewal of society as a whole.

Dear Brother Bishops, in these brief remarks I have wished to touch upon some of the pressing issues which you face in your service to the Gospel and their significance for the evangelization of American culture. No one who looks at these issues realistically can ignore the genuine difficulties which the Church encounters at the present moment. Yet in faith we can take heart from the growing awareness of the need to preserve a civil order clearly rooted in the Judeo-Christian tradition, as well as from the promise offered by a new generation of Catholics whose experience and convictions will have a decisive role in renewing the Church’s presence and witness in American society. The hope which these "signs of the times" give us is itself a reason to renew our efforts to mobilize the intellectual and moral resources of the entire Catholic community in the service of the evangelization of American culture and the building of the civilization of love. With great affection I commend all of you, and the flock entrusted to your care, to the prayers of Mary, Mother of Hope, and cordially impart my Apostolic Blessing as a pledge of grace and peace in Jesus Christ our Lord.